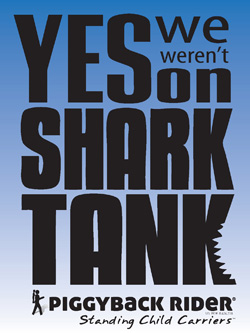 News outlets across the world are raving about the Piggyback Rider hands-free child carrier!

Brothers Jonathan, Wayne and Bryan came up with the idea for their signature child carrier backpack, the Piggyback Rider, in 2009. Jonny wanted to carry his 4 year old and clean the house at the same time. At the time, there wasn't a product on the market with that kind of capability, so the brothers put their heads together and invented their own solution. They came up with the Piggyback Rider, seeing the excitement from others while out and about, they became instant celebrities every time they used it. It was those moments that allowed the brothers to see the impact the Piggyback Rider was making. So over the years they worked hard, won a lot of awards and fanfare, but it wasn't until the Summer of 2017 when one of their videos went viral. From years of "home videos" of using the Piggyback Rider, this video was born and posted on Facebook where to their surprise, the video - and the product – became a viral sensation. The video got over 10 million views the first day and the next 2 days and now has surpassed 60 million views with parents all over the world wanting to order the Piggyback Rider. Other videos followed and to date (December 2017) we have over 95M views combined from around the world. If you see it online and then out in your community, say hi!

Customers of all kinds including celebrities, children's magazines and news stations are fascinated by the innovative child carrier. The Piggyback Rider has been featured on Good Morning America, Parents magazine, People magazine, ABC News, and many more. Its popularity is due in part to the fact that it is compact and lightweight, but even more importantly: children love using it! Often, toddlers want to be a part of the action while still keeping up with the rest of the family. The Piggyback Rider gives them the opportunity to stand up high and see everything that is going on around them without getting left behind.

The Piggyback Rider can be used at theme parks, zoos, hikes, parades or wherever you want to take your child. The rave reviews are already coming in for the child carrier backpack solution. It is far more maneuverable than a stroller and safer than simply putting your child on your shoulders. Many parents use it daily for younger children and toddlers while walking older children to school. There are endless uses for the Piggyback Rider in everyday life.

The design makes it so that you can go at an adult pace without worrying about leaving your child behind. Kids love the view from up high, but can easily be put back down onto the ground. Once you try the Piggyback Rider, you won't be able to imagine life without it! 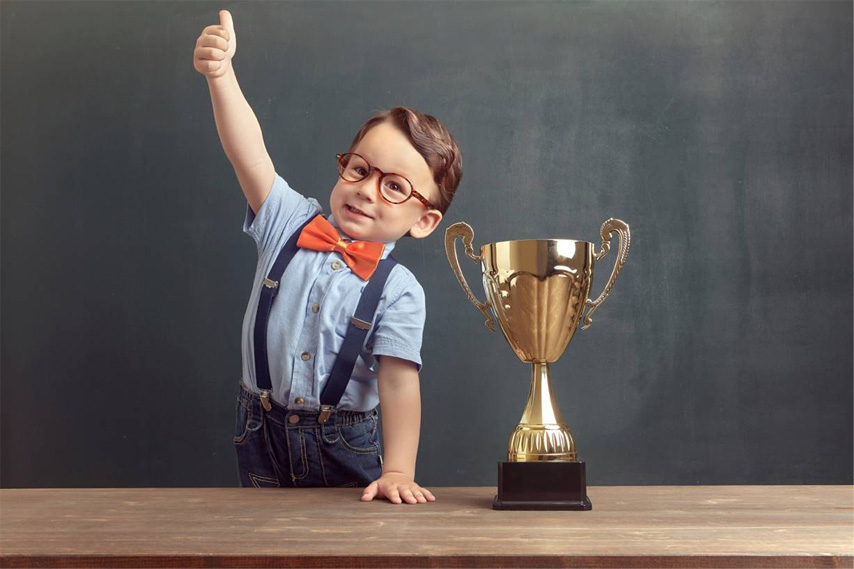 Piggyback Rider's Child Carriers Are So Easy to Use

"I was skeptical about how to use this product, but once we received it, we found that set-up and use was so easy. Our children between the ages of 2 and 4 love it. We find it makes our lives so much easier to go out and about." -Ryokan K.

"As we were preparing for a trip to Disney, I had an idea for a way to carry my son around on some sort of backpack frame. He just turned five and is too big / too cool to ride around in a stroller. Fortunately, as I did a little searching, I found this thing … it basically does what it claims.

Pros:
* Lightweight and compact
* Better load distribution and safety than putting child on shoulders
* Far more maneuverable than a stroller (Picture sprinting out of Disney parks post-fireworks. For that, this thing was AWESOME.)
* Gives the kid a great vantage point for parades, fireworks, etc., when you are in a sea of adults.

Cons:
* The child has to stand up. This isn't really as useful as I had hoped when the kid is exhausted. He wanted to sit down, so he still ended up on my shoulders when he was too tired to walk / stand.
* Not always fast / easy to put on - the hooks have what I will call "safety latches" - little indents that make them difficult to accidentally unhook under load. These also make them a bit difficult to deliberately unhook. It works fine with a little practice, but it generally goes best if there's a third person to help with the hookup between the parent / child harnesses.
* 40-60 pounds is a lot to carry around on your shoulders if you're not used to it. Unlike a "frame" backpack that distributes the weight to your hips, this puts all of theweight on your shoulders. After walking about seven miles through Epcot following my wife's military-precision "touring plan," the kid was feeling pretty good, but I was pretty tired.

The whole setup got a lot of attention around the park. Both parents and park employees stopped me to comment on what a cool solution it was. I wore the adult harness and bar almost all of the time just out of convenience. I was able to either sit on the bar or flip it up vertically beside me on most of the rides, thereby eliminating the need for me to put take it off and on throughout the day. On total, we found it to be a good purchase, though the requirement that the child always stand turned out to be a bigger deal than we had anticipated. However, if only just for being able to quickly enter and exit the parks I would buy this item again." -Darrell W.

Must Have, Must Have, YOU MUST HAVE THE PIGGYBACK RIDER!!!

"I am a 41 year old mom, and my son is now seven years old. We used it in airport, at Legoland, and I used it to exercise with my son. it is comfortable even for women. I think my husband will enjoy the fit more than I because the product has to be longer than my torso, but I stilllove it, and since we can't travel with a large stroller, this is a must have!" -Molly M.

Both Dad and Son Love the Standing Child Carrier!

"I use this daily with my three year old while walking his siblings to school. He loves it. Whenever we leave the house he says, "Let's take the Piggyback Rider!" I love how easy it is to get on and off. At first I had it set too low, and the harness didn't feel right, but after raising the child so his elbows were at 90 degrees, the weight fell comfortably across my chest. For longer trips like the State Fair, we use the hip belt accessory (bought separately) and I could carry him all day. Such a great design because we can go at adult pace; the kid gets exercise from balancing/standing. Our son loves the view, and we can easily let him down to explore while hiking!" -Peter

The Piggyback Rider Worked Great for Both My Sister's Kids, and It Will Be Great for My Toddler.

"I use this daily with my three year old while walking his siblings to school. He loves it. Whenever we leave the house he says, "Let's take the Piggyback Rider!" I love how easy it is to get on and off. At first I had it set too low, and the harness didn't feel right, but after raising the child so his elbows were at 90 degrees, the weight fell comfortably across my chest. For longer trips like the State Fair, we use the hip belt accessory (bought separately) and I could carry him all day. Such a great design because we can go at adult pace; the kid gets exercise from balancing/standing. Our son loves the view, and we can easily let him down to explore while hiking!" -Stacy P.